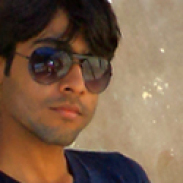 I never liked going to the supermarkets with my mom and dad when I was little. It was a routine chore on every damn weekend, which I couldn’t escape from. My young mind wanted to stay at home and play video games rather than pick milk from the shelf and potatoes from the pile. The boredom of the entire trip doomed upon me specially when I sat by the window seat in the car while my parents spent the time discussing taxes, work bitches and Mrs. Susan’s tasteless lasagna at last night’s dinner. Yet Read more [...]

A recent study of student enrollment behavior carried out by Middle Eastern universities showed several interesting trends about how higher education is evolving in the region. Search habits, device usage, and even registration behavior were evaluated by looking at how students use university websites and web apps. I am always on the lookout for interesting trends in the Middle East region and when I saw this piece I decided it had to be an infographic. If you’re a college or university in the Read more [...]

I don’t interview much, but when I do I do it for the passion. That sounded just like “The Most Interesting Man In The World” meme. *Laughs*. Anyway, I choose my interview person because they deserve it. They are real, transparent and they help the community by sharing their experiences, experiments and expertise. They help newbie SEOs with their projects, answer their questions and guide them towards better marketing. Such successful persons who selflessly want others to succeed as well, Read more [...]

If you are one of those Sales executives whose daily work is to pick-up the phone and start calling a random list of leads your Manager has provided you, this blog post is especially for you! It is a known fact that companies receive a lot of daily emails and phone calls regarding software sales and web design/SEO services. Instead of convincing you to buy, these random calls only end up annoying customers. Many go out of their way to block such numbers or list them in their "spam" group. The Read more [...]

How Storytelling Can Do Wonders in Blogging

"... and so Abraham Lincoln brought about a huge change for his people. He was an inspiration, a hero and a leader who led his soldiers despite the pressures. On November 19, 1863, he gave his famous speech at Gettysburg, Pennsylvania. When he was assassinated on the 15thof April, 1865, the entire country mourned. And that is the story of Abraham Lincoln. Now children, I want you to write a 500 words on what you liked the most about Abraham Lincoln." That wasn't a story telling class. That Read more [...]

The post How Storytelling Can Do Wonders in Blogging appeared first on Kumail Hemani.

Kumail Hemani has not received any gifts yet